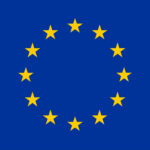 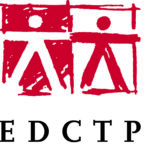 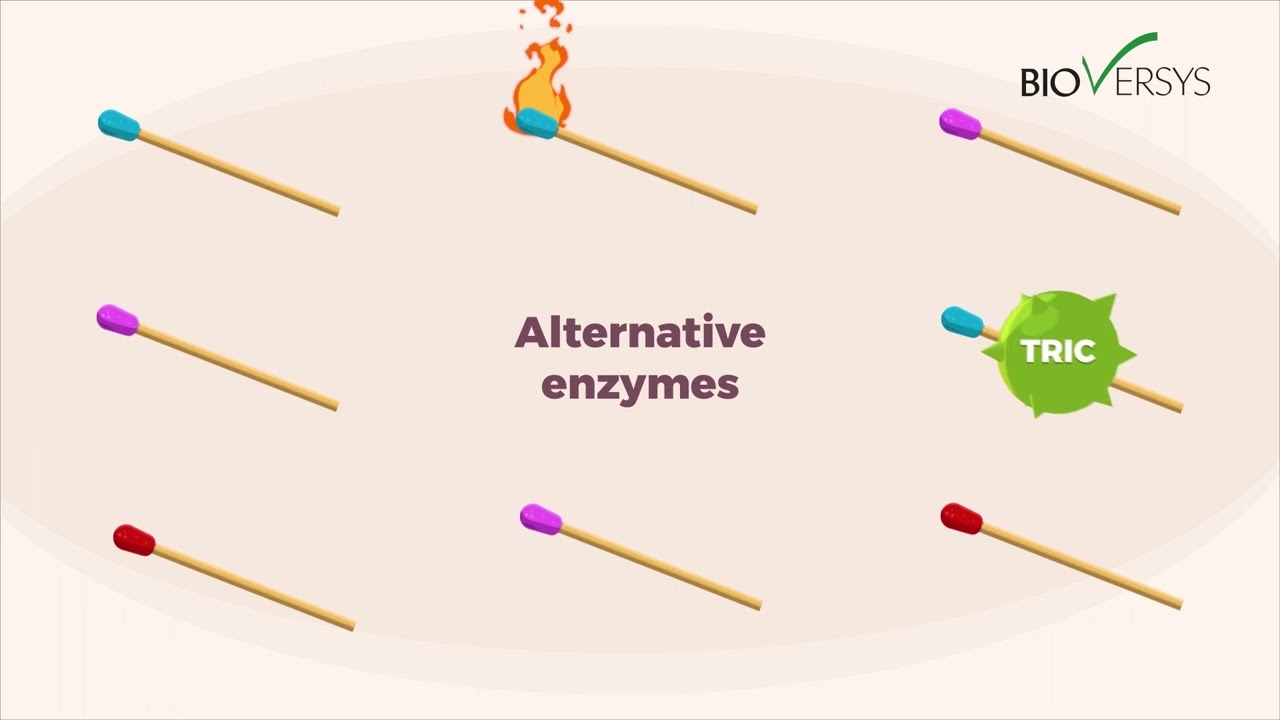 Tuberculosis (TB) remains a significant global health problem. An estimated 10 million people fell ill with TB and 1.5 million died in 2018. Increasing resistance of Mycobacterium tuberculosis (M.tb) to currently available anti-TB drugs threatens much of the progress that has been made toward the global goal of TB elimination over recent years. In 2018, the incidence of multi-drug resistant TB was about half a million. Isoniazid (INH) mono-resistance, without concurrent rifampicin resistance, has been estimated as high as 11,6%. INH is the most bactericidal agent in the current first line regimen and also the agent most affected by drug resistance mediated by bacterial mutations. Agents with equally potent early bactericidal activity (EBA) that are not susceptible to the same mechanism of resistance are required to replace INH and to restore the efficacy of the current first line regimen in patients infected with INH-resistant strains.

This project brings a new anti-TB molecule, BVL-GSK098, to the current drug armamentarium. BVL-GSK098 greatly augments the activity of, and reverts resistance to, the well-established second line drug ethionamide (ETH) at a lower and well-tolerated dose.

The overall aim of the project is to find a combination of BVL-GSK098 and low-lose ETH that is well tolerated, highly active and free of bacterial resistance so that the combination can be proposed to replace INH or to add a novel bactericidal drug to future regimens.

This will be a phase IIa multiple ascending dose, randomized, controlled trial to determine the EBA, safety tolerability, and pharmacokinetic profile of multiple doses of bEto, standard and low dose ETH and standard dose INH in adults with drug-susceptible pulmonary tuberculosis. The EBA will be determined by the change in colony forming unit (CFU) counts and time to culture positivity (TTP) over 7 days of treatment. Subjects will be hospitalized for tolerability and safety assessments. bETH pharmacokinetics will be determined at steady state. The lowest bEto dose with most bactericidal activity will be proposed as a replacement drug for INH in cases of INH monoresistance and also as a novel bactericidal agent for inclusion in future first-line regimens.

To compare the early bactericidal activity (EBA) of boosted ethionamide (bEto), using lower doses of ethionamide (ETH), to standard and lower doses of ETH alone. We will also evaluate the comparative anti-TB activity of bETH to that of standard dose isoniazid (INH) and thus explore the potential for bEto as replacement of INH in the current first-line regimen and also as a novel bactericidal agent to be included in new future first-line TB regimens.

Relevance of the project to the call topic

While progress has been made in the development of new anti-TB drugs recently, TB continues to be the leading cause of death from a single infectious agent world-wide, responsible for approximately 1.8 million deaths in 2018 alone. In the same year, an estimated 10 million people developed TB globally, with approximately 600 000 of those having drug-resistant TB. Multi-drug or rifampicin resistant TB (MDR/RR-TB: resistance to at least INH and rifampicin or rifampicin only), is a public health crisis and a growing threat to TB elimination, affecting 3.5% of new and 18% of previously treated cases of TB globally. INH mono-resistance has been estimated to be as high as 11.6% globally1. M.tb also remains on the World Health Organization (WHO) list of antibiotic-resistant priority pathogens and is a key focus area of the EDCTP2 programme. Patients with drug-resistant TB have a significantly lower rate of treatment success, roughly 50% globally1, with a large proportion of cases ending in treatment failure, death or loss to follow-up. The development of new effective drugs to fight drug-resistant TB remains a priority if we are to achieve the goal of global TB elimination in the foreseeable future.

This project aims to progress a new antituberculosis (anti-TB) compound, BVL-GSK098, into phase II clinical development. BVL-GSK098 is a small-molecule transcriptional modulator able to boost the activity of, and circumvent resistance to ETH, a WHO recommended second-line agent for the treatment of drug-resistant TB.

According to the ETH label (Trecator), updated in 2016, Trecator is administered orally. The usual adult dose is 15 to 20 mg/kg/day, administered once daily or, if patient exhibits poor gastrointestinal tolerance, in divided doses, with a maximum daily dosage of 1 gram. Thus far, there is insufficient evidence to indicate the lowest effective dosage levels. Therefore, in order to minimize the risk of resistance developing to the drug or to the companion drug, the principle of giving the highest tolerated dose (based on gastrointestinal intolerance) has been followed. In the adult this would seem to be between 0.5 and 1.0 gm daily, with an average of 0.75 gm daily. Due to its short half-life, doses of at least 500 mg, and more typically 750mg, are required to achieve an effective serum concentration. Despite its usefulness as a TB drug, ETH causes dose-dependent adverse events that negatively impact treatment adherence which has led to ETH being categorized into WHO group C (medicines to be used to complete a regimen when core second-line drugs are not available)2.

BVL-GSK098 acts on bacterial transcription regulators and modulate novel bioactivation, increases the level of bioactivation of ETH in vitro (>10-fold) and in vivo (>3-fold). Based on existing data, BVL-GSK098 could lower the efficacious human oral dose of ETH by at least 3-fold, from ≥750mg to ≤250mg, with the potential to significantly minimize dose-dependent side effects. Boosting the effect of ETH at a lower daily dose of ETH, by increasing the intra-bacterial concentrations of its active form is an attractive therapeutic strategy because the reduction of the required daily dose is expected to decrease side effects and improve patient compliance3 allowing us to finally tap into the full potential of this 50-year-old drug.

Increasing the potency against M.tb. through novel bioactivation pathways circumvents pre-existing resistance mechanisms against ETH in M.tb., both drug resistant and sensitive strains. ETH shares a cidal target with INH, both are pro-drugs that must be converted by enzymes naturally occuring in M.tb. (EthA and KatG, respectively) to their active from by the bacterial cell. Following in vitro data, ETH administered at the adequate dose could be as, or more, active as INH4 against M.tb. Sharing the cidal target of INH while having a KatG-independent activation together with the potential to circumvent pre-existing ETH resistance, could restore ETH an essential drug for MDR/RR and INH mono-resistant TB treatment.

This website uses cookies to improve your experience while you navigate through the website. Out of these, the cookies that are categorized as necessary are stored on your browser as they are essential for the working of basic functionalities of the website. We also use third-party cookies that help us analyze and understand how you use this website. These cookies will be stored in your browser only with your consent. You also have the option to opt-out of these cookies. But opting out of some of these cookies may affect your browsing experience.
Necessary Always Enabled
Necessary cookies are absolutely essential for the website to function properly. These cookies ensure basic functionalities and security features of the website, anonymously.
Functional
Functional cookies help to perform certain functionalities like sharing the content of the website on social media platforms, collect feedbacks, and other third-party features.
Performance
Performance cookies are used to understand and analyze the key performance indexes of the website which helps in delivering a better user experience for the visitors.
Analytics
Analytical cookies are used to understand how visitors interact with the website. These cookies help provide information on metrics the number of visitors, bounce rate, traffic source, etc.
Advertisement
Advertisement cookies are used to provide visitors with relevant ads and marketing campaigns. These cookies track visitors across websites and collect information to provide customized ads.
Others
Other uncategorized cookies are those that are being analyzed and have not been classified into a category as yet.
SAVE & ACCEPT